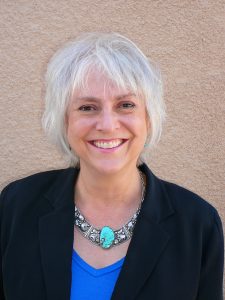 Born in Milwaukee and raised in Stone Mountain, Georgia, Laurel is an accomplished flutist, arts manager-facilitator. Educated at Trinity College in London and the Philadelphia Musical Academy (University of the Arts), she was an active member of Philadelphia’s professional music community for 23 years, including serving as principal flutist with the Philadelphia-based chamber-new music ensemble, Relâche. During that time, the ensemble recorded extensively and presented concerts across the United States, Europe, Japan and Latin America. As a member of the Relache Ensemble, she also worked as an administrator managing a program named “New Music in the Schools,” that helped broaden an awareness for contemporary music practices throughout the Philadelphia and surrounding communities. Between 1986 and 1987 she assisted with the production of New Music America 1987 – Philadelphia and in 1995 – 2002 she assisted in the planning and implementation of a national initiative named “Music in Motion” whose mission was to expand the audiences for contemporary music in five U.S. cities through active residencies with five performing ensembles and 34 composers. Concurrently, she served as executive director for a community music school in Media, PA. Upon moving to Montana in 1999, she served for three years as Director of Programs for the Montana Arts Council and was principal flutist for the Helena Symphony Orchestra. From 2001 – 2004 she served as Louisiana’s Assistant Secretary for Cultural Development and Historic Preservation. There she administered the divisions of the Arts, Archeoology and Historic Preservation including the Main Street Program. She now lives in Corrales, New Mexico with her husband, Joseph Franklin and serves as Education and Outreach Manager at KNME New Mexico PBS.